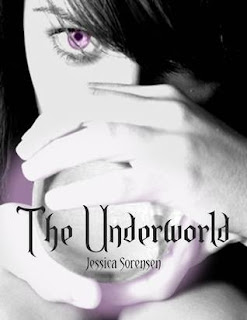 The Underworld is the sequel to The Fallen Star (Fallen Star Series, Volume 1)
Gemma thought her mind was gone, but she was wrong. And now she is left trying to figure out the truth to what Stephan is planning to do with her and the star, before it’s too late.
But finding out the truth is hard, especially since Gemma doesn’t know who she can trust. There may be only one person who Gemma can turn to for answers, but that means having to go to the one place no one wants to go—The Underworld.

Quick note: there's a GoodReads giveaway going on for this book until Aug. 31

After reading the first book in this series, I decided to go ahead and read the next one. Surprise, surprise, I liked #2 better than #1--which, if you know me, you know that's surprising.

I didn't realize just how much I liked this until I got to the end and realized the next one isn't out yet. Yes, I got grumpy really fast.

The main character, Gemma, did kind of rub me wrong (but not as much as in the first book). However, even if you have a hard time with her, keep reading! It's so worth your time, even if it's just to get to know Laylen. Yes, I know I very frequently refuse to read books with vampires because I'm tired of them, but Laylen is a fantastic character. I'd love a book about him--could we arrange that, please? In a small way he reminds me of Lupin (the one in Harry Potter, of course). If I can't get a book about him, um, could Gemma please fall in love with him?

Until I found myself upset that I couldn't read the next book right away, I would have given this a 4. However, after realizing just how involved in the story I was:

Posted by Rebecca McKinnon at 2:21 PM