Welcome to the Blud and Magick Blog Tour! 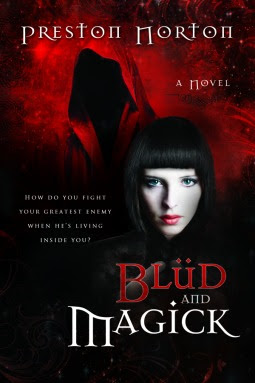 Born from the ashes of the most fierce and powerful entity in all of Trivaesia, Darla was sent to grow up in the outside world with no knowledge of where she came from. When she finds herself wielding new power, she must decide which part of her will rule her heart—the evil from which she was born or the good by which she was raised.

This book gave me a bit of a pause. The writing was interesting, the story kept moving, it was a quick, easy read. But it was a bit strange.

Every type of supernatural being you can imagine made an appearance -- which worked, but I know a number of people who would be annoyed by this. So, if you're the kind of person who feels it's best to choose two or three of these creatures to focus on, this book may not be fore you. (Then again, this book may just open your horizons a bit.)

I liked Darla, I thought she was a great character. Usually, I get grouchy when I read books where the MC has a lot of dreams that we're forced to "see". (Really, dreams are WAY overdone.) There are dreams in this book -- nightmares, to be more exact -- but it's done in a way that really works.

If you like YA stories dealing with supernaturals, this book was written with you in mind. 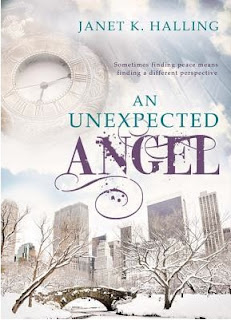 
Ella Davies hates Christmas. Every year she spends the holidays working, trying to forget the pain of a childhood tragedy that left her all alone. But this season, Ella's about to learn something only an angel could teach her. This modern twist on a Christmas classic will remind you that the best gifts of all are the loved ones you learn to treasure!

I really enjoyed this wonderful holiday story!  While reminiscent of Dicken's A Christmas Carol, it's original and modern.  Ella's story is a reminder to remember priorities and what's really important to each of us.  I loved the variety of the characters and how they interacted with Ella.  She learned more about herself while reaching out to those around her and found healing through service.  A charming story!  I want to read this one again!

Winners of Chase Tinker and the House of Magic Giveaway

We're excited to announce the winners of our giveaway!

We have two fabulous prizes!  The winner of the first prize is Bernadette.  You have won an eBook of Chase Tinker and the House of Magic AND a $15 Amazon gift card!  Wow!  The second prize winner is Patty.  You've won an eBook and a bookmark signed by the author.  We're so excited for you!  We know you'll love it!  Our giveaway is courtesy of the author.  The winners have been notified by email.  Thank you!

Posted by Christine at 5:06 PM No comments: 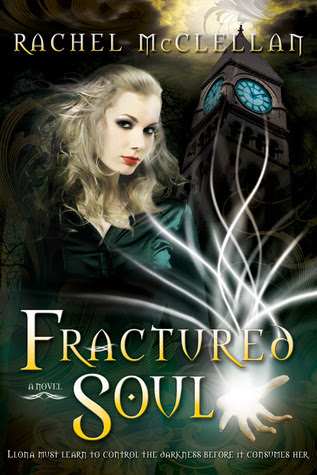 Llona will do whatever it takes to protect her new found friends and home, but the dark plot that is threatening Lucent Academy, a school that’s supposed to be a safe place for Auras, may be too powerful for even Llona to defeat. This fast-paced tale of love, loyalty, and overcoming the darkness will keep you on the edge of your seat until the last page!

There were a number of things about this book that I enjoyed. One of them happens to be a new character . . . Liam. Now, I'm not really into spoilers, so I won't say what I'm thinking with this whole thing. Sorry.

I enjoyed the way McClellan hinted at things in a way that makes the reader curious, but unless they're really paying attention, they might not even realize how she's spurring them on through the story.

A big, important thing that probably should have really upset me didn't bug me at all, because it left things open for something else I could see eventually happening. Cryptic enough for you?

Of course, with this being the second book, you'll understand things better if you've read the first book. (It's worth your time.)

I'm excited to see where we go from here! 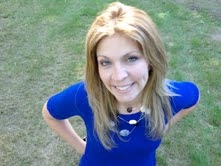 Rachel McClellan was born and raised in Idaho, a place secretly known for its supernatural creatures. When she's not in her writing lair, she's partying with her husband and four crazy, yet lovable, children. Rachel's love for storytelling began as a child when the moon first possessed the night. For when the lights went out, her imagination painted a whole new world. And what a scary world it was...
Posted by Rebecca McKinnon at 4:00 AM No comments:

We're excited today to have Malia Ann Haberman, author of Chase Tinker and the House of Magic stopping by with an interview. To see our review of Chase Tinker, click here.

Without further ado, here are Ms. Haberman's answers to the questions we were had for her!