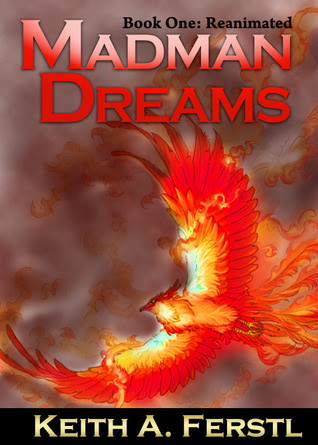 This book was provided to the author in exchange for an honest review.

After suffering the loss of his family from an avian flu pandemic, seventeen-year-old Jonathan Chaulk, meets McKenna Dupree, the girl of his dreams. Living in a remote cabin on Bear Claw Island, Jonathan’s sole neighbor is the mysterious Phoenix Institute. With the heart and soul of an intrepid adventurer, Jonathan’s surreptitious exploration of the Institute’s underbelly reveals shocking and deadly secrets that renowned resident scientist, Dr. Sandor Serpa cannot allow to be exposed. Thanks to the murderous act of the madman, Jonathan discovers that his one chance to save McKenna’s life will come only after her death.

This was a fast, interesting read. The premise caught my attention, and it was well-written.

My biggest complaint is that I didn't really connect with any of the characters. There was a lot these "people" were going through, but I just couldn't take it all that seriously.

That said, I still wanted to find out what happened.

I can't say it's one of my favorite books, or even that I look forward to re-reading it. But it was good while it lasted, and there were some great scenes. 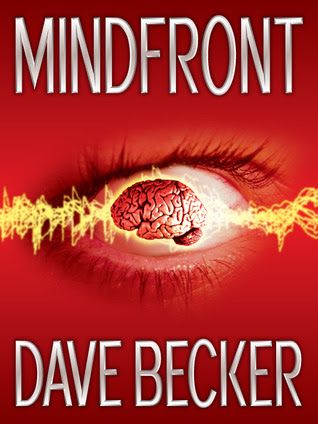 After uncovering a universal code in the brain waves of all living things that could revolutionize psychology, Martin Keller wakes one morning to find himself covered in blood, surrounded by his butchered family. Convinced he’s being framed by a diabolical organization set on stealing or sabotaging his work, he dodges a multi-agency manhunt that pursues him from the seediest corners of DC to the highest offices of government. Struggling to stay alive and find his family’s killer, Marty soon finds himself lost in a maze of conspiracies and paranoia, and eventually begins to doubt his own sanity. How can he find the truth when he doesn’t know what’s real?

This book grabbed me at the beginning. I loved that first chapter, where a woman is killed, a chess piece with her name on it is . . . well, you'll have to read that.

Then we go to Martin Keller. He has some intense moments, which held my attention for a while. After that, I kind of lost interest. However, once I got a few more chapters in, it really picked back up.

Mindfront is fast-paced (for the most part), and has some interesting twists. I wasn't surprised very often with it, the clues left along the way spelled most of it out, but there were a few things that I wasn't expecting to turn out quite the way they did.

Very well written, and a great read for any conspiracy theorist.

4/5 stars
Posted by Rebecca McKinnon at 4:46 AM No comments:

Shiloh Ravenwolf thought she was getting used to the strange events in Whispering Pines, until the full moon brings another surge of supernatural threats to her coastal town. Ferocious wolves, deadly necromancers, and shambling zombies have descended upon the neighborhood, so Shiloh needs to gain control of her magical abilities—fast!

It sucks that she has a crippling fear of the dark, which for a demon hunter can be an epic problem. But she spends so much time wallowing in the darkness, how can she not become a part of it?

When her classmates are attacked by a mysterious creature and her father is murdered, Shiloh vows vengeance. Forcing her phobias aside, she forms an unlikely coven of supernaturally gifted teens to help her eradicate this menace. Except that’s not all Shiloh has to worry about. She’s battling a different monster within herself and struggling not to become the very thing she fights: evil.

But with demon blood inside her—anything can happen…

There's a lot going on in this book. I can say this, because it doesn't give away anything that isn't in the blurb: There's a pack of wolves, a zombie, Shiloh and her mother are witches. Shiloh's father is killed, and the only person who's seen the wolves and hasn't been killed or turned is Shiloh. Oh, and add in fallen angels and Fae.

I can't decide if I liked the first or the second book in this series the best. There were great things about both, and little nit-picky things about each that I wish hadn't bugged me. (Seriously, I'm tired of werewolves.)

However, the storyline was great. Probably the best part of the book. Yes, the characters are well-rounded, "real" people. Yes, the setting is good. Yes, that spookiness carries over from the first book. But the storyline carried it. I wanted to know what would happen, even if/when I didn't particularly care about what the characters were doing.

This is a quick read, and if you enjoy paranormal books, you should really check out this series!

4/5 stars
Posted by Rebecca McKinnon at 2:33 PM No comments:

We're please today to be a stop for The Halifax Haunted Halloween Tour!

When the Halifax siblings arrive at Lexham Academy, they don't seem any more or less odd than any other students. They have more important things to do, however, than take exams or find dates for the prom. They have aliens to kill. With the help of his sister Izzy and brother Rom, Farrell Halifax has to stop an escaped alien and save the Earth --- though that's hard to do when the captain of the basketball team is after you and you're falling in love with his cheerleader girlfriend --- who may or may not be an alien herself. Halifax is a teen Torchwood meets Buffy the Vampire Slayer --- with a little bit of The Breakfast Club thrown into the mix.

We're lucky enough to be able to share with you an excerpt from Halifax. Enjoy!