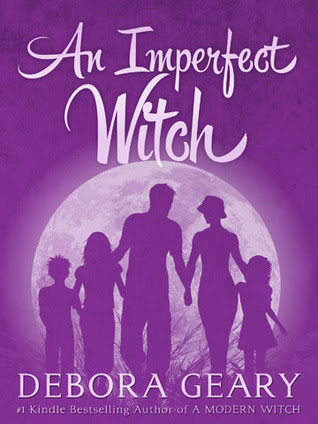 The tattoos on your heart matter more than the ones on your skin.

Two years ago, Lizard Monroe was Berkeley's newest delinquent on parole. Now she's a hot young realtor with a great life, an awesome guy, and enough friends to chase away the ghosts of her past.

The crystal ball has spoken - life isn't done messing with her yet. And neither is the need brewing in the eyes of the man she loves.

The eve of Halloween approaches. And whatever the sexy poet realtor wants to believe, moving beyond your past isn't the same as facing the future.

This is the first book in my new Witch Central series, featuring my well-loved clan of modern witches and those who love them. Light contemporary fantasy with a good dose of humor, a little romance, and characters you won't want to leave.


Ah, Lizard. I'm beyond excited that Ms. Geary's newest book revolves around Lizard. (I know I keep saying things about "one of my favorite characters" - and you're probably thinking that every one of these characters is a favorite. Well, not every one, but I will admit there are a lot of them.)

I love the way Lizard finds a teen who's almost living on the streets and tries to help this girl the way Witch Central has helped her. And this teen will throw all sorts of wrenches into Lizard's life. As will a number of other things, by the way.

As with all the other books my Ms. Geary, I was unable to put this down until I was done - and was left wishing for more.