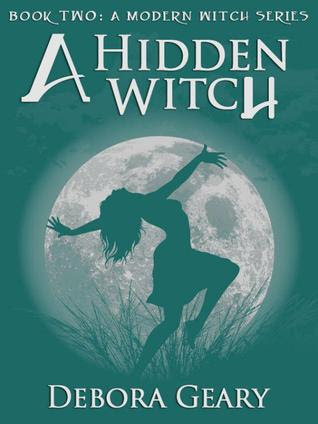 A Hidden Witch (A Modern Witch, #2)
by Debora Geary

Elorie Shaw, steeped in the traditions of the Nova Scotia witching community, but not a witch. The fetching spell must have goofed this time... or did it? Travel to Fisher's Cove, Nova Scotia, where Moira is matriarch and the old ways are nurtured and passed to the next generation. Where a crotchety old witch makes small children cry and builds walls around the silent pain in his heart. And where Elorie - sea-glass artist, inn owner, and Moira's granddaughter - makes her home. The old magics are strong here. Which is all fine and good until the fetching spell pulls Elorie into Witches' Chat. Because she's not a witch. Or at least not any kind of witch the old ways recognize...


* * *
In this book, my heart immediately went out to Elorie. Always wishing and hoping to be a witch, and never coming into her powers - only to be told by a computer that she really was a witch.

I love that despite her secret desires, Elorie found herself a place in the witching community of Fisher's Cove, Nova Scotia where she was helpful, and needed.

Fisher's Cove is an absolutely amazing place. Yes, I'm speaking as if I've been there! Don't tell me I haven't.  :)  I've spent so much time there in my dreams.

And we meet another of my favorite characters in this book - Marcus, the "crotchety old witch [who] makes small children cry."

There are great things in store in this book!