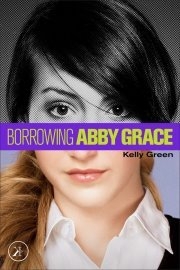 This book was provided to us by the author, in exchange for an honest review.

Smart and sassy Abby Grace is a seventeen-year-old with a talent for getting out of trouble. Sent to repair the lives and loves of teenagers on the edge of disaster, Abby is the perfect girl for the job. She has everything going for her… except one thing: a body.

This fast-paced and exciting episode is the first installment in an ongoing mystery series with a supernatural twist.

When Abby Grace wakes up in the back of a van, she has no idea who she is, how she got there, or why anyone would want to kidnap her. After escaping her masked captors, she hurries home, only to discover that she unknowingly left her younger brother behind in the van. Unable to answer the police’s questions with her memories gone, she retreats to the safety of her bedroom where she tries to reconstruct her life. Just as she is settling into the belief that things will one day return to normal, she looks in the mirror—and sees a stranger’s face.
As Abby learns next, she has become a Shadow, sent to inhabit the lives of strangers in trouble. With nothing to go on except the vague hints of her cute but maddening Guardian, a 19th century ghostly teenager named Will, Abby sets out to rescue the missing brother. But she will need all of her intelligence, fearlessness, and wit, because if she fails to find him in time, she will remain trapped in this unfamiliar body forever.

This is a fun, super-fast read. The idea with these books is that they're episodes, so they're short and sweet.

Right off, we meet Abby Grace. Abby is a shadow who gets "borrowed" by people who have problems that Abby can fix for them. The biggest problem is that she doesn't know anything about the person she's supposed to be---not to mention the person she is.

We also meet Will. At this point, Will is a blank page, but there is potential there. I hope that in future episodes we get to know more about him.

I'm looking forward to learning where this series is headed!