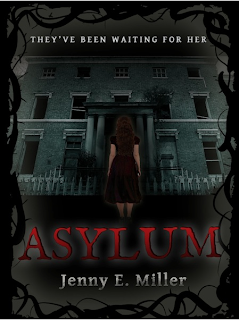 
ebook
Published March 25th 2013
This book was provided by the author in exchange for an honest review.


June Foster’s summer is limping along. Her life on a 1950′s farm in eastern Washington is boring–full of milking cows, picking apricots and tending to the chicken coops. Her only friends are her record player and her books. But when gorgeous, turquoise-eyed Frank falls into her world, her life becomes anything but ordinary.

June falls for Frank hard and fast–he’s beautiful, impossibly strong, and capable of things ordinary humans are not. But she’s wary about his father Jonas, a creepy man with an agenda. She should be. Suddenly June is deathly ill, falling in and out of consciousness. When she recovers, June and Frank discover Jonas’s deadly plans for her–and June takes revenge.

Convicted of murder, declared insane and sentenced to life at Washington Pines Sanitarium, June is stuck. Jonas’s plans are reaching her beyond the grave, and she suspects that there’s a lot more going on in the sanitarium than group therapy and electric shocks. Something evil has followed her here, or maybe it was waiting for her all along. If Frank doesn’t break her out soon, she’ll lose her mind–and her life.

I wasn't sure what I was going to think of this book.  I thought I would like it but I didn't expect it to consume me the way it did.  I also didn't expect to wind up thinking about people, life and circumstances in different ways.   The story is interesting and unique.  I loved how June's perception slowly changes as she begins to question everything in her life.  As she discovers how different reality can be from perception, she also learns how circumstances can be manipulated to change reality.  There's a bit of everything in this book- humor, love, heartache, and more.  I really enjoyed it!