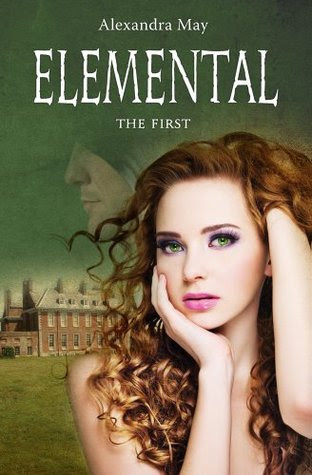 Elemental: The First (Primord, #1)
by Alexandra May

To Rose Frost, moving house every six months is normal. Another new town here, another new school there, her ability to adapt is as easy as breathing. But everything changes when her parents go overseas and Rose moves in with her grandmother. She enjoys meeting new friends and catching up with old ones from her childhood holidays — except now she must hide a precious secret from everyone, a gift from birth that defies modern day science.

Her dreams become riddled with a warrior woman called Halíka Dacomé, but are they visions or messages from the future? She starts her own investigation but encounters more questions than answers. Living right on the edge of Warminster in Wiltshire doesn’t help with its folklore and myths about strange lights in the sky and ghost stories of the Salisbury Plain

Not only that, her troubles really take hold one night when the mysterious Aiden Deverill with his alluring smile, his gorgeous dark looks and hypnotising blue eyes, saves her from a freak fire. Or did he?

For Rose, her new life is beginning but she soon realises that despite assurances people are not always what they seem. What she always believed to be a happy family and a friendly town soon turns on its head when she discovers that her family secret, Aiden Deverill and the truth behind Halíka Dacomé is at the heart of the whole conspiracy.

Overall, I really enjoyed this book. It was interesting, with a great premise, fun characters (even if a few them were a bit erratic at times), and fantastic twists. I'll admit, I saw through a number of the twists, but there were a few that hit me out of nowhere. And really, when you read as much as I do, that isn't easy.

There were some minor things that bugged me. (Especially the dreams--PLEASE, stop with the dreams! I don't think I've ever read a book where the dreams are as necessary as they're built up to be! Also, I had some disappointments about the ending.) None of my little pet peeves were bad enough that I won't try the next book in the series.