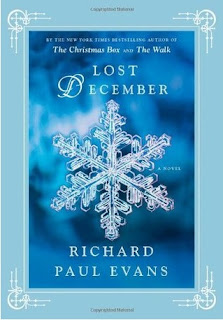 From one of America’s most beloved storytellers comes his most spiritual book since The Christmas Box.

“It has been said that sometimes the greatest hope in our lives is just a second chance to do what we should have done right in the first place. This is the story of my second chance.” —Prologue of Lost December

When Luke Crisp graduates from business school, his father, CEO and co-founder of Fortune 500 Crisp’s Copy Centers, is ready to share some good news: he wants to turn the family business over to his son. But Luke has other plans. Taking control of his trust fund, Luke leaves home to pursue a life of reckless indulgence.

But when his funds run out, so do his friends. Humbled, alone, and too ashamed to ask his father for help, Luke secretly takes a lowly job at one of his father’s copy centers. There he falls in love with a struggling single mother and begins to understand the greatest source of personal joy.

Lost December is a prodigal son story that is positive and uplifting.  Luke's story of going from the top to the bottom and having to start from scratch is very realistic and close to home for a lot of people these days.  I enjoyed following Luke through his struggles to make his own way and seeing how his perspective changes as he is humbled and shows genuine concern for those around him.  A wonderful holiday read!