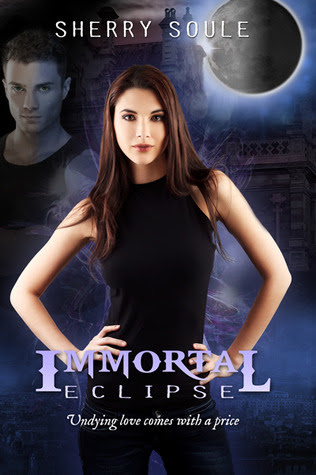 A devoted fashionata and practical New Yorker, Skylar Blackwell doesn’t believe in the supernatural—until she inherits Summerwind Mansion. . . .
When her uncle is brutally murdered, and the cops seem uninterested in following up the case, Skylar journeys to California to seek answers. Her search for clues is soon overshadowed by haunting nightmares of a young woman also murdered in the house.

Now the inhabitants of Summerwind are mysteriously dying, leaving no evidence as to how or why, and Skylar finds herself in a deadly race against time to expose the killer—before they strike again.

Armed with only wit and Pradas, Skylar begins questioning the servants, but the growing list of suspects includes the sexy and brooding caretaker, Dorian Delacroix, a man desperately trying to forget his tragic past. And a major distraction for Skylar.

Determined to play detective—instead of the fashion police—and unravel the dark history of the mansion, Skylar is plunged into an otherworldly mystery that not even she can explain away. As the boundaries between reality and dreams blur, Skylar’s greatest challenge is to stay alive long enough to learn the truth.

My first impressions almost always come from -- you guessed it -- the cover. And, as always, I DO let the cover influence the way I approach the book. My first thoughts on the cover: Meh. After that, I didn't look at it again for a while. Once I got a little ways into the book, I did check out the cover again, and I could see the image on the cover being Skylar. But, well, that picture of Dorian? It's so VERY far from the way I pictured him! Kinda disappointing. Even though no two people are going to see any character exactly the same way.  :)

My favorite part of the book would have to be the setting. Summerwind is a bit spooky, and very Gothic. Very well done.

The characters -- well, to be honest, my least favorite character was the one whose eyes we're seeing the story. The other characters are quite rounded, and they all have interesting pasts and good roles to play in the book. Skylar, on the other hand, is very shallow (which she knows and comments on, which is fun), and doesn't seem to have a lot going for her - other than her love of fashion, and the fact that when she finds her uncle's death to be suspicious she decides to look into it. That's not to say she isn't a decent character, I just felt the rest of the cast out-shone her.

The mystery was interesting, but predictable. Also, I felt the pacing fluctuated and just felt off. Just my opinion -- I'm sure other people found the pacing to be perfect.

This book is worth a read just for the atmosphere -- the story is bonus from there.