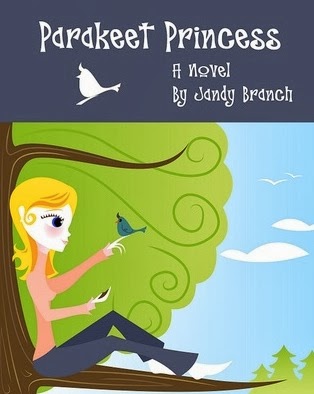 Heather MacLean is in a new world. She's always been happy to be a Mormon but now, at age sixteen, she's moved to a small town where Mormons are mainstream instead of a minority. It's a shock to her system -- and her love life. Though she doesn't feel like she fits in at her new school, Heather finds friends at the restaurant where she works part-time. Her new friends aren't Mormons. But that doesn't keep some of them from being interested in more than friendship. The most tempting of them is her best friend's twin brother. His name is Wayne and he's got a natural charisma that makes Heather wonder if she'd like to follow him -- no matter where he leads. Guiding her through her growing pains is Heather's older brother's new best friend, Ben. He's an awkward, thoughtful boy who calls Heather "Parakeet" after his family's pet bird. Can Heather overcome her prejudices and Ben's reserve and find romance with him? Or will she take a giant step away from the way of life she's always known and follow Wayne? Set in the early 1990s, the story offers something for young adult readers and for older readers looking to revisit their own high school days.

I loved the opening of this book!  It drew me in and had me hooked!  It's one of the best openings I've read in awhile.  This is LDS fiction.  If that's not your thing then this may not be for you.  I like it because it's clean and I can recommend it to teenagers without worrying if the content is too explicit.  This is a quick read about a girl who's moved to a new community.   She's facing new struggles in every aspect of her life.  It's fun to see how she grows to meet her new challenges.